Here in Tropical North Queensland, we are pretty well-known for our Estaurine Crocodiles. But what about it’s smaller, shyer and (let’s admit it) cuter relative, the Freshwater Crocodile?

Today we share our favourite fun and interesting facts about this incredible reptile.

Habitat: Freshwater environments such as rivers, creeks, lagoons and billabongs 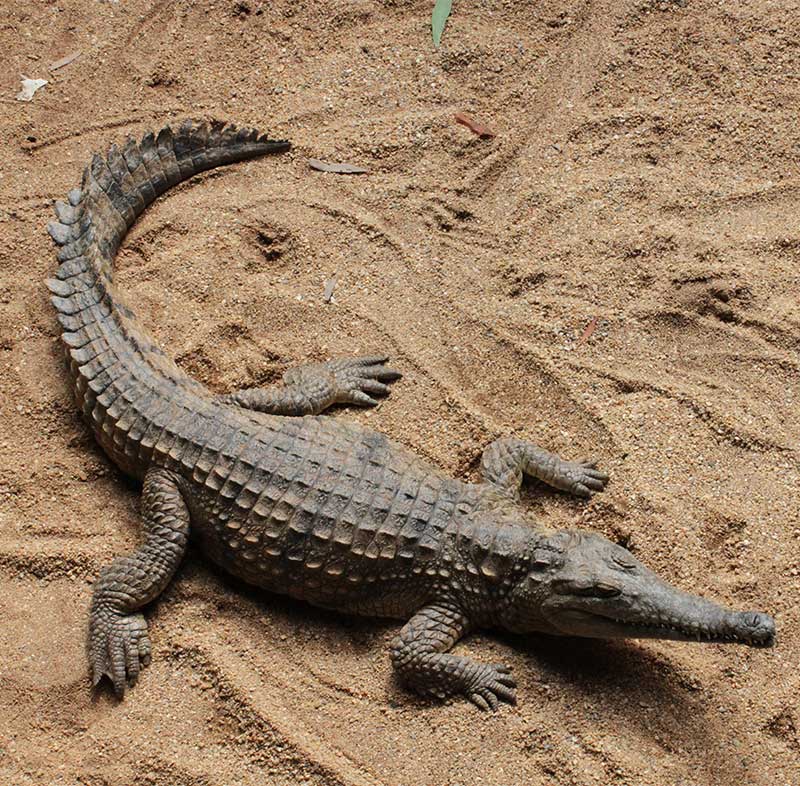 What do they eat?

The Freshwater Crocodile is not considered dangerous to humans. Unlike their “Saltie” cousins, “Freshies” are rather shy and will tend to flee from humans. However, they may bite when threatened.

Do they have any predators?

Freshwater eggs and hatchlings are commonly preyed upon by goannas, freshwater turtles, large fish, snakes and birds of prey. Surprisingly, small crocodiles can also be eaten by larger crocodiles!

How do they hunt?

These crocodiles often hunt by simply sitting and waiting. They are known to lie motionless in the water and wait until the prey comes within close range. However, they can attack and hunt larger prey in a similar manner to the Estaurine Crocodile.

When do they breed?

Freshwater crocodiles breed in the dry season. A clutch consists of around 20 eggs.

How can they be easily distinguished from the Estaurine crocodile?

Freshwater Crocodiles are far smaller than Estaurine Crocodiles! Alongside this, there are a lot of physical differences too.

Do they only live in fresh water?